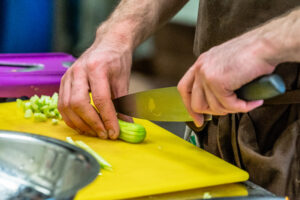 Restaurant owners have sounded the alarm over worsening staff shortages that could result in higher prices for customers as they are forced to increase wages to compete for chefs and waiters.

Four of the biggest restaurant chains, including Prezzo, owned by Cain International, are understood to have about 15 per cent of posts unfilled, amounting to hundreds of jobs.

Jonathan Goldstein, chief executive of Cain, said that last week the general manager at a Prezzo’s restaurant in Upminster, east London, had been forced to step in as an assistant chef.

“This is just not sustainable over the medium term,” he said. “We are looking at a very large and important part of the economy, which is actually enjoying a relatively strong level of demand — and with the summer holidays coming to an end and university students who have been temping over the summer leaving the workforce, the situation could get worse.”

Prezzo is introducing a new salary and incentives package for staff in September and October. However, Goldstein warned that wage inflation of between 5 per cent and 10 per cent would result in price increases.

Will Beckett, co-founder of Hawksmoor, an upmarket steakhouse chain, said that his company was facing shortages of about 10 per cent of staff. “Almost any restaurant you care to name could be open more and could be busier,” he said. “The demand is there, but you can’t physically get the restaurant open because of staffing issues.”

In May, Hawksmoor started offering bonuses of up to £2,000 to staff who recommended friends for jobs.

Beckett would like the government to turn the immigration tap back on to fill labour gaps. “You would have thought that a fairly good answer on the back of a global pandemic which has been unbelievably expensive is a thriving economy,” he said, but it was “being hamstrung by a lack of people at work”.

Read more:
Price rises set to be on the menu as restaurants offer increased wages amid staff shortage crisis