CAR SALES in July went up by 4.7% year on year, but the industry group is anticipating a slowdown in sales this month due to the tighter lockdown restrictions.

The industry sold 21,499 vehicles in July, slightly higher than the 20,542 sold in the same month last year, according to a joint report from the Chamber of Automotive Manufacturers of the Philippines, Inc. (CAMPI) and Truck Manufacturers Association (TMA) on Wednesday.

“The industry welcomed the year-on-year growth of 4.7% but anticipates a decline in sales this month with the reimposition of ECQ in NCR, among other high-risk areas,” CAMPI President Rommel R. Gutierrez said in a statement. 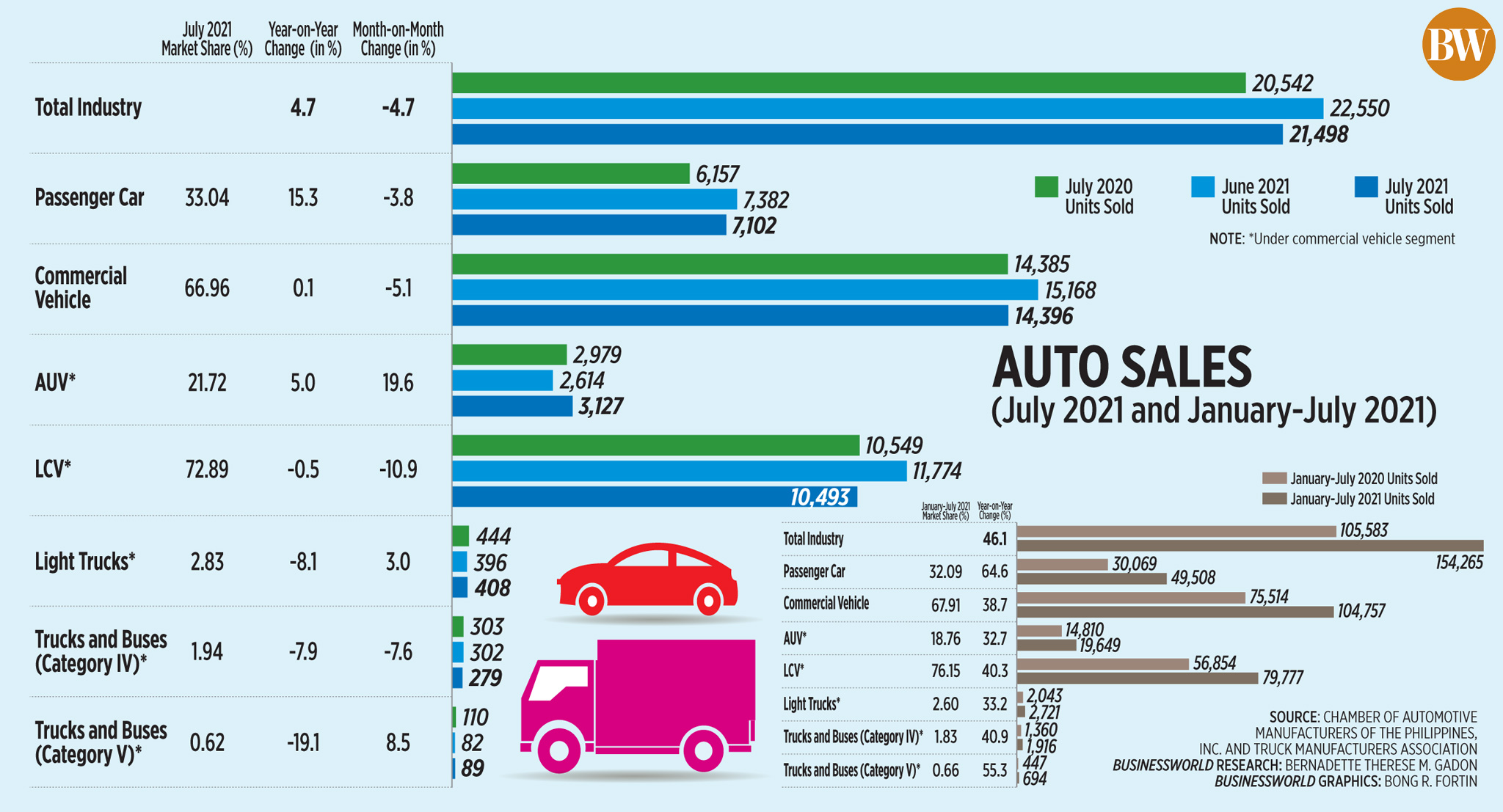 Metro Manila has been placed under a two-week enhanced community quarantine (ECQ), the strictest form of lockdown, until Aug. 20. Non-essential retail is not allowed to operate on site during this lockdown.

Commercial vehicle sales accounted for two-thirds of total sales by CAMPI-TMA members for the month.

In July, Toyota Motors Philippines Corp. continued to have the highest sales with 10,763 units sold or 50% market share.

The Department of Trade and Industry (DTT) recently dismissed the case on safeguard duties on imported cars after a Tariff Commission investigation found that there was no car import surge in 2014-2020, therefore imports could not seriously injure local groups.

The investigation was prompted by autoparts labor group Philippine Metalworkers Alliance petitioning for safeguard duties on car imports after claiming a decline in local employment after a surge in imports. The DTI earlier this year imposed 200-day provisional duties on car imports to protect local jobs while the Tariff Commission conducted its own investigation. — Jenina P. Ibañez