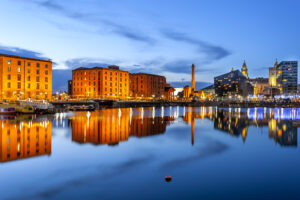 A summer surge in house price growth outside London has been revealed in official figures, but some analysts expect the market to start to cool.

UK property prices rose by 13.2% in the year to the end of June, the Office for National Statistics (ONS) said – the fastest rise for 17 years

Prices were typically £31,000 higher than at the same time last year.

This increase was driven by the North West and North East of England, as well as Wales, Yorkshire and the Humber.

“This reinforces what we have been seeing for some time – the race for space means buyers’ money is going further outside the capital, inevitably pushing up prices.”

The latest ONS and Land Registry figures show that house prices rose fastest over the last year in the North West of England, up by 18.6%.

The slowest price rises were seen in London, which recorded a 6.3% rise compared with a year earlier.

The figures cover the period to the end of June. This is the point at which stamp duty holidays became less generous in England and Wales, and many thousands of deals were rushed through to beat the deadline.

The tax break led to significant movement at the top end of the market. More recent data suggest some of the heat has come out of the market for more expensive detached homes since the end of June.

However, Land Registry data show that there was also demand, and rapidly rising prices, among semi-detached and terraced homes.

In some cases, buyers would have benefited from lower stamp duty levies, but there was also a lifestyle choice involved for some amid the pandemic.

In areas where relatively few properties were on the market, failing to match demand, prices continued to grow. These included some coastal and rural locations.

Mortgage rates are also at historically low levels. That means buyers in a position to put down a significant deposit have to pay very little interest on home loans.

Kate Allen, owner at lettings firm Salcombe Finest, in Devon, said: “This overheated market continues to cook and it looks like we’ve got a property heatwave forecast for the rest of the year.”

Others suggest that any slower than expected return to normality for the economy, a resulting pressure on jobs, and the end of tax breaks could cool the market in many areas.

“As for later this year and early next, the expectation is that while we won’t necessarily see prices fall, a period of zero or negligible house price growth is most likely,” said Scott Taylor-Barr, of Shropshire-based mortgage broker, Carl Summers Financial Services.