MANILA is again one of the least safe cities in the world after it dropped eight spots in a biennial index released by The Economist Intelligence Unit. 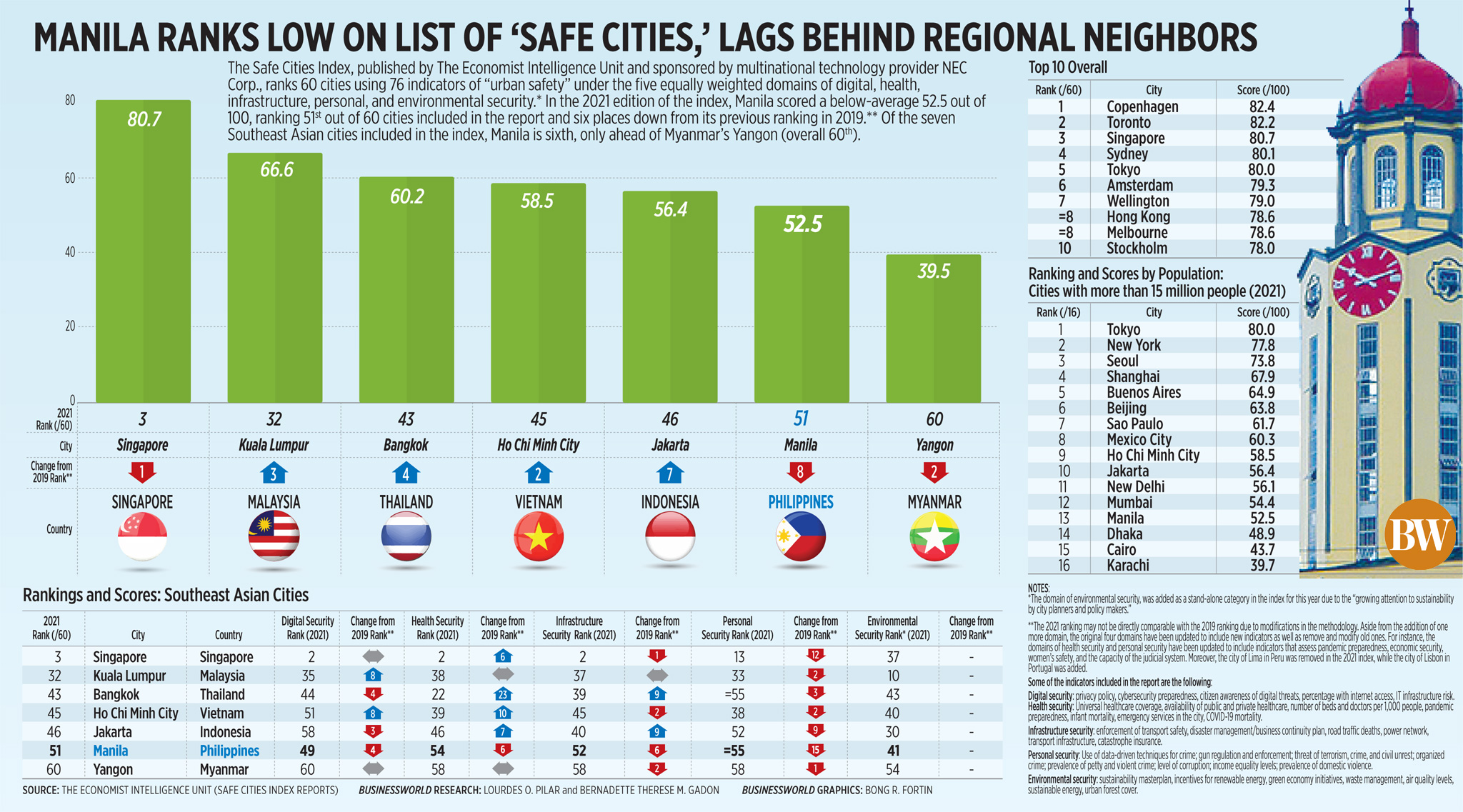 The city also dropped six places in both infrastructure and health security to 52nd and 54th, respectively. Manila also fell four places to 49th in digital security and secured the 41st spot in environmental security.

The report released on Monday said health security must be revisited due to the coronavirus pandemic. It said there has to be a holistic understanding of urban health, including addressing both transmissible diseases and those that cannot be passed from person to person.

“Focus on the interaction between societal issues and health points to the largest likely shift that the pandemic experience will bring to urban health security,” according to the report.

“It is a double whammy because of the pandemic’s impact on tourism and in attracting investments in general,” he said in a phone interview.

“It weighs down on our efforts to grow at a much faster pace post-pandemic so it might retard the efforts for Philippine tourism and investment at a stronger pace.”

“Income can help fund safety-increasing investments, but economic growth in turn depends on an environment benefiting from every kind of security. The likely relationship here is a virtuous circle,” it said.

Clean government, it added, is needed to create safe cities.

ING to exit PHL retail banking business by this year