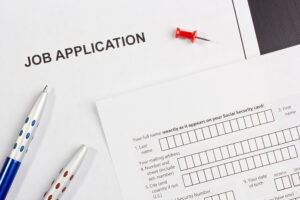 A “dramatic” recovery in the jobs market has led to wage inflation and shortages of qualified workers in some industries, according to the UK recruiter Hays.

Recruiters’ fees are closely correlated to the strength of the jobs market, which was hit hard at the start of the coronavirus pandemic as workers were forced to stay at home and companies paused hiring because of uncertainty over economic prospects.

However, Hays said it had never seen such a strong recovery in the fees it earned over the year to the end of June. Between April and June fees were up 39% on the same period a year earlier, when many of the countries in which Hays operates were locked down for the first time.

The rebound in demand for workers has given jobseekers more confidence in their bargaining power, particularly in sectors that already faced shortages of workers with the requisite skills, the company said in a statement to the stock market on Thursday. Last month the Recruitment and Employment Confederation, a UK lobby group, said the number of available workers was at its lowest since 1997.

Alistair Cox, Hays’ chief executive, said: “Across all our regions there are clear signs of skill shortages and wage inflation in certain industries, particularly technology and life sciences.

“Overall, the strength of the recovery has been dramatic,” he said. “We now see a clear route back to, and then exceeding, pre-pandemic levels of profit, faster than we envisaged even six months ago.”

Hays, a £2.6bn member of the FTSE 250 index of midsized companies, said it was reinstating payouts to shareholders after a pause in the previous year caused by the pandemic, with £170m in dividends proposed.

Hays, which is hiring more recruiters, is mainly focused on finding office workers across the 33 countries in which it operates.

The company’s comments add to other evidence of worker shortages across the economy in the UK and beyond.

Robert Walters, another London recruiter that operates in several countries, last month said there was a “talent war” as companies vie for employees with the right skills.

In the UK pay rises for lorry drivers have been particularly striking: Asda, Tesco, the food company Arla and retailer Dixons Carphone are among the companies who have resorted to bonuses of £1,000 or more to attract drivers as they struggle to get goods to shops.

The UK labour market has also been affected by the lack of immigration caused by the pandemic and the UK’s departure from the EU, a source of cheaper labour in recent decades.