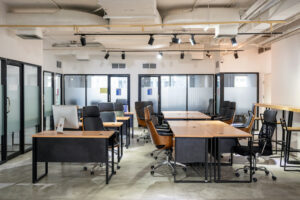 The furlough scheme should be extended to protect workers in industries that continue to be damaged by the pandemic, business groups and unions have said as the job subsidy programme that has supported more than 11 million employees entered its final month.

Aviation industry workers and staff at Britain’s airports should be allowed to remain on furlough until next year when travel restrictions are likely to be lifted and the airline industry returns to normal, they said.

The plea comes as unions and industry lobby groups prepare for a spike in redundancies as employers, many of them struggling to cope with the impact of the Delta variant, prepare to take back staff on the coronavirus job retention scheme.

Up to 1.7 million workers were on furlough at the beginning of August and many of their jobs are expected to be in jeopardy when employers are forced to pay all their wages.

In its economic outlook due to be published next week, the British Chambers of Commerce will forecast a rise in unemployment above 5%, which is partly as a result of higher than usual redundancies linked to the end of the furlough scheme.

Earlier this month, the Bank of England said it expected the record number of vacancies to prevent a large rise in job losses and the unemployment rate would remain at 4.7%.

Suren Thiru, head of economics at the BCC, said he was concerned that many hard-hit smaller employers will be unable to maintain previous levels of employment.

“The good news is that the labour market is improving and unemployment is not going to be anything like what we feared when we produced forecasts last year,” he said.

“But lots of businesses are recovering from the pandemic and don’t have much cash. They are still rebuilding their finances and so the end of the furlough comes at the wrong time for them.”

With only 30 days before the furlough scheme closes, employers must notify the government if they are going to make between 20 and 99 staff redundant.

Tony Wilson, the head of the Institute for Employment Studies, said the events industry, and especially the corporate hospitality sector, was still enduring restrictions and that firms supporting office workers are still suffering given the slow return to city centre workplaces.

“There needs to be more protection for these industries,” he said.

Kate Bell, head of economics at the TUC, said that while there was little evidence of large companies making mass redundancies, there were many smaller firms in financial difficulties unable to maintain previous levels of employment.

She added: “Foremost among these is the aviation sector, whose recovery is still delayed and unlike any other sector is hugely reliant on the lifting of international restrictions.

“As a minimum the furlough scheme should continue for the aviation sector. A failure to do so will dramatically damage the long-term recovery of this critical sector to the UK economy.”

Chancellor Rishi Sunak has consistently rejected calls for an extension, telling Tory MPs who are concerned about a rise in unemployment that the government must end subsidies to reduce spiralling public debts

Almost £70m was spent on the furlough scheme up to the beginning of July as part of around £100m of spending on job protection programmes.

There is speculation that the chancellor’s flagship scheme to get younger people who claim universal credit back into work – the Kickstart scheme – which runs until December, but could be extended into next year, though no decision has been taken.