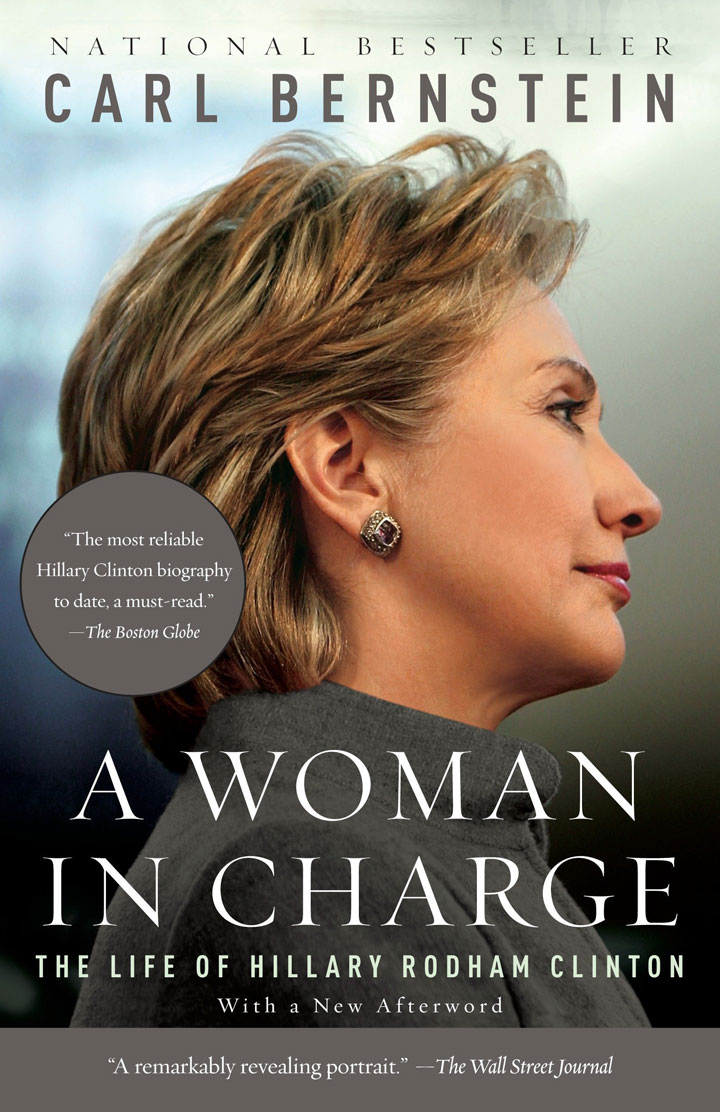 Several years ago, I read a biography of Hillary Rodham Clinton who was the former US first lady, Secretary of State and senator, and, at that time, presidential candidate in the 2016 US presidential elections. The book was entitled A Woman in Charge — The Life of Hillary Rodham Clinton: with a new afterword. The book was written by Carl Bernstein, partner of Bob Woodward, then also of the Washington Post. Bernstein and Woodward wrote most of the damning reports on the Watergate scandal. The reports, fueled by inside information from “Deep Throat,” led to a congressional investigation which forced Richard Nixon to resign rather than be impeached in 1973. Mark Felt, a former FBI agent was “Deep Throat” and the source of the reports Bernstein and Woodward used in their investigative reporting on Watergate. But this is digressing.

As a whole, I found the book a fascinating account of one of the most powerful women in the United States for almost 20 years, from the time her husband, former Arkansas Governor Bill Clinton, assumed the US presidency in 1992, up to the presidency of Barack Obama from 2008 to 2016.

The book sympathetically portrays Hillary as a woman drawn to service to country, society, others, to the community, as opposed to her being viciously characterized by enemies and Republicans as a corrupt and power greedy politician.

Wesley’s message had found its way into the hearts of millions, especially among compassionate civic activists who take to volunteering for social responsibility projects like fish take to water. Their mantra is “our purpose is to improve the condition of mankind regardless of and notwithstanding scarcity of resources.”

Service to society, especially to those in the margins, the excluded, the “least, the last and the lost,” is precisely what we and thousands of others in the Zoom webinar and Facebook saw and heard when Vice-President Maria Leonor Robredo spoke at the Archer Talks-Eagles Meet Our Leaders joint forum last week. It was the first time that alumni of both rival schools got together to host a Philippine leader in their forum.

Archer Talks is a forum organized by alumni of De La Salle Manila to serve as a venue for the objective and respectful discussion of national issues and new ideas. Among its guests since late May, when it started, were retired Senior Associate Justice Antonio Carpio on the West Philippine Sea; Secretary Felipe Medalla, an alumnus of De La Salle, and Ateneo’s Dr. Luis Dumlao on the pre- and post-pandemic economy; Philippine ambassador to the US Jose Manuel Romualdez, on US-Philippine relations; DLSU professors Dindo Manhit and Renato de Castro on political surveys; Namfrel National Chairman Gus Lagman and Dr. Nelson Celis of the Automated Election System (AES) Watch on the automated election system; and several Olympians headed by first Filipino Olympics gold medalist, Hidilyn Diaz.

Vice-President Robredo was the first guest of the joint forum which, even at this point, is already gearing up for succeeding forums with other guests.

A bit of background on the long history of service, of “doing all the good you can with whatever you have,” of plain citizen, cause-oriented, mayor’s wife, widow, congresswoman, and Vice-President Leni Robredo is needed.

The plain citizen Leni Robredo was considered by cause-oriented groups as an alternative lawyer. After years of working with the poor and the marginalized, teaching the less fortunate about their rights under the law, VP Leni, as many call her, emerged into national consciousness following the death of her husband, then interior and local government secretary and former Naga mayor, Jesse Robredo in a plane crash off Masbate on Aug. 18, 2012.

In 2013, committed to her goal of helping promote and develop an inclusive society and economy, widow Leni ran and won as representative to Congress of the third district of Camarines Sur.

After a meaningful and consequential term in Congress, she was drafted to run for the vice-presidency and overcame what seemed to be insurmountable odds to assume the second highest position in the land. Then Camarines Sur representative and VP candidate, she literally outtraveled her rivals. She had to maintain the exhausting pace to neutralize some of the handicaps she faced. At the start of the campaign, around February 2016, her awareness rating was a pathetic 2% in a race that would last for only 90 days and against a main rival whose family name had been in the public consciousness at least since 1965.

Having won the vice-presidency, the customary expectation was she would have the official personality and the Office of the Vice-President (OVP) would have resources to bring it closer to the people. These expectations however barely materialized and were even dampened by organized attempts to keep her out of the official loop and unrelenting well-funded vicious posts in mainstream and social media.

In response to the so-called “givens” in the environment and to, so to speak, play with the cards dealt her, VP Leni lived out the exhortation of John Wesley which we requote in part: “do all the good you can, at all the times you can, in all the ways you can… as long as ever you can.”

And so Angat Buhay was born: an endeavor inspired by six key advocacy areas, including food security and nutrition, women empowerment, education, healthcare, rural development and housing. It was an endeavor responding to long-festering problems which worsened due to various reasons which are fairly obvious.

During the webinar, VP Leni cited hard data and the rationale for each program and showed that, despite limited resources from government, the program reached out to poor communities with the generosity of the private sector.

In addition, the OVP launched the Istorya ng Pag Asa, a program that aims to spread hope and positivity by featuring extraordinary stories of ordinary Filipinos through words and portraits shown at events, exhibits and social media. To be sure, the OVP has other programs to highlight but we will also highlight in the future what other leaders have done to help improve the plight of the marginalized and compare their respective approaches.

After going through what the OVP and other known civic organizations and development social enterprises have done to create an inclusive economy, the qualities one would need to relentlessly pursue this goal are: courage (both physical and moral); empathy and solidarity with the program cooperators; acuity to realize that resolving problems of inequality will require the action and participation of various groups, i.e., the problem is multi-dimensional.

Philip Ella Juico’s areas of interest include the protection and promotion of democracy, free markets, sustainable development, social responsibility and sports as a tool for social development. He obtained his doctorate in business at De La Salle University. Dr. Juico served as Secretary of Agrarian Reform during the Corazon C. Aquino administration.