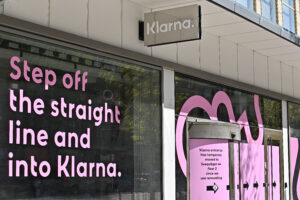 One in ten shoppers opting for “buy now, pay later” services are being chased by debt collectors amid surging demand for this form of credit, according to a Citizens Advice report.

Regulators urgently need to crack down on the offerings and ensure that there are clearer warnings to online shoppers who are entering a formal credit agreement and could be pursued for the money, the charity said.

Buy now, pay later has exploded in popularity, with retailers scrambling to offer the system and consumers happy to opt for what is free credit for those who meet the payment schedules.

Klarna, the biggest such provider in Britain with 15 million customers, was valued at $45.6 billion in a fundraising in June. Other providers are PayPal, Clearpay, Laybuy and Openpay. Under the arrangement, shoppers online — and increasingly in stores — are being given the option to defer paying in full and instead agree to pay, say, in three monthly instalments. No interest is charged, but consumers are liable for the debt, can in some cases be charged late payment fees and also have their personal details passed to debt collection agencies if they default.

Ministers and debt charities say the new way of borrowing presents a significant risk of harm to consumers, who can build up as much as £1,000 of debt without it appearing on the radar of the conventional credit-checking agencies.

Formal affordability checks are not required, though most operators undertake “soft credit checks” that are not disclosed to other lenders.

Buy now, pay later, which was largely used at first for low-cost fashion products, is now becoming mainstream for items including holidays, furniture and even property rental payments.

In February the Treasury said that the option would become a regulated activity policed by the Financial Conduct Authority. However, it has yet to launch a consultation process on the nature and scope of the regulation.

In its survey of 2,000 buy now, pay later users, Citizens Advice found that 195, or about one in ten, had been contacted by or referred to debt collectors. Extrapolating from its survey, the charity estimated that UK shoppers using the option were charged £39 million in late fees last year.

After examining the websites of 100 retailers offering buy now, pay later, Citizens Advice said that not one of them alerted customers at the checkout that they could be referred to debt collectors if they missed payments. Instead, this information was confined to the terms and conditions.

Dame Clare Moriarty, chief executive of Citizens Advice, said: “The sheer number of shoppers facing debt collection is startling. We know from our frontline advisers just how much stress this can cause.”

Klarna said that it referred less than 1 per cent of customer orders to debt collection agencies and never charged late fees on its conventional buy now, pay later products. It never sold problem debts to third parties and unpaid debts were eventually written off.

A spokesman said: ‘‘The debt collection agencies we work with are all FCA-authorised and will only contact customers by telephone or email and do not use bailiffs.”