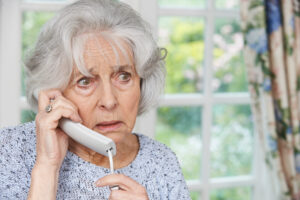 A Glasgow company has been fined £150,000 for making more than half a million nuisance marketing calls.

The Information Commissioner’s Office (ICO) found that DialADeal Scotland Ltd (DDSL) had made the unsolicited calls between August 2019 and March 2020.

They were about non-existent Green Deal energy saving schemes, including boiler and window replacement, loft insulation and home improvement grants.

There were more than 500 complaints – one of the highest numbers received.

The calls were made to telephone numbers which had been registered with the Telephone Preference Service (TPS) where people had not given their permission to receive them. This is against the law.

The complaints suggested that DDSL had used several false trading names and the ICO’s investigation found that the company also disguised the telephone numbers they were calling from. This is also illegal.

Ken Macdonald, head of ICO regions, said: “DialADeal were breaking the law on a number of fronts, not only were they making calls to people without their permission, they were also hiding their identity using false names and spoof numbers.

“Calls about Green Deal schemes can be a real problem as people often believe they are legitimate but, thanks to the complaints made by the public, we’ve been able to take action.

“Companies making similar nuisance calls should take note, we use our powers where we see serious breaches of the law.”

As well as issuing the fine, the ICO has also given the company an enforcement notice ordering it to stop making unsolicited marketing calls and has successfully blocked its attempt to be struck off the Companies House register to try and avoid paying any fine.