The sheer dedication and hard work of Filipino athletes were rewarded this year. With a total of four medals won in the 2020 Tokyo Olympics, the Philippines has won more medals than it has ever had in a single year since the start of the country’s participation as an independent competitor in 1924.

In recognition of her monumental achievement, real estate developer Suntrust Properties, Inc. announced that it has gifted a fully-furnished residential condominium unit worth P10 million to Ms. Petecio. The unit is located in Suntrust’s One Lakeshore Drive at Lanang, Davao City, just over an hour away from Sta. Cruz, the Filipina boxer’s hometown. Suntrust president Atty. Harry Paltongan personally met the female boxer to award her with the gift.

“We recognize how she prepared for this victory- a long journey indeed. One full of sacrifices and frustrations, yet one where she never gave up.  Our chairman, Dr. Andrew Tan, and his companies like ours, find fulfilment in supporting these hardworking achievers- especially those who bring honor to our country. It is our hope that this will inspire more people to dream more and pursue the same quest,” Mr. Paltongan said in a statement.

“We invited Nesthy to a special lunch because I wanted to personally assure her of our commitment to deliver her gift in due time. Construction of One Lakeshore Drive is still ongoing but I can attest that the waiting period will be worth it. Her unit will be on the top floor, and we will furnish it to her liking,” he added.

Suntrust arranged Ms. Petecio’s family to appear during the gifting ceremony via Zoom, together with the Suntrust Davao team, wherein Atty. Paltongan offered the ceremonial letter of their gift. The Pinay boxer then was treated to an afternoon golfing and driving a golf cart around the venue. Trece Martires Mayor Gemma Lubigan also attended and joined the special event.

“I am exhilarated and so grateful for the experience, especially when I got to try golf and even spend time talking with my family,” Ms. Petecio said in Filipino. 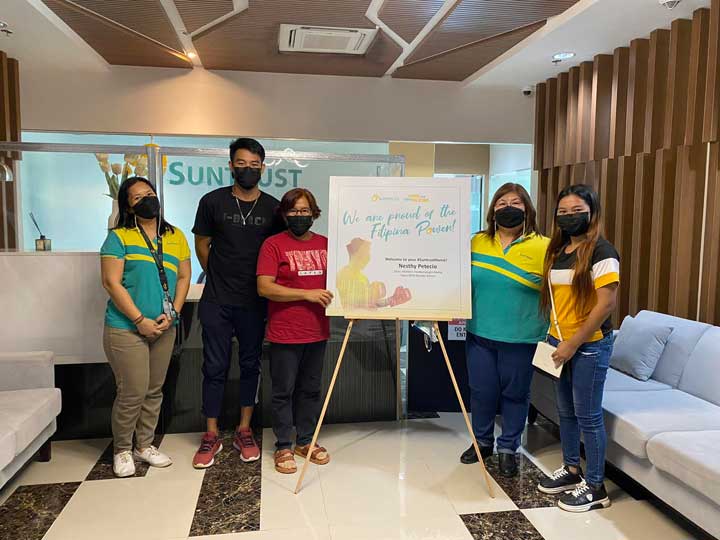 The athlete recalled her difficult journey towards her Olympic medal, particularly all the times she was tempted to give up, and how her faith in God gave her the support and resilience she needed to push through. 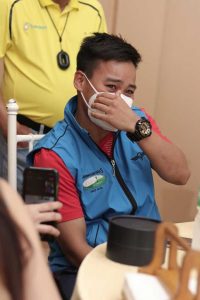 “It was all because of the Lord. He sent me people who kept reminding me why I pushed myself so hard in the first place, the reason why I had this dream. From the hardships that my family and I went through, I got the strength to continue,” she said.

“All of this I do for them. I never thought about myself. I wanted my family, my mother, to be able to go wherever they wanted to go, eat whatever they wanted to eat. I don’t want them to experience the times when we had nothing to eat ever again.”

The unit awarded to the Olympic boxer is a 53.5-square meter, 1-bedroom condominium in One Lakeshore Drive, inside the 11.2-hectare Davao Park District in Lanang, Davao City. The residential enclave was recognized as ‘Highly Commended’ for the Best Residential Development in Davao during the 2016 Philippines Property Awards.

When asked about her plans for her future condo in Davao, she said, “I’m excited to see my mom’s reaction. I’ve been to so many places already, and they have not. That’s why I’m really excited to see what they will do.“

Spotlight is BusinessWorld’s sponsored section that allows advertisers to amplify their brand and connect with BusinessWorld’s audience by enabling them to publish their stories directly on the BusinessWorld Web site. For more information, send an email to online@bworldonline.com.

Join us on Viber to get more updates from BusinessWorld: https://bit.ly/3hv6bLA

ING to exit PHL retail banking business by this year