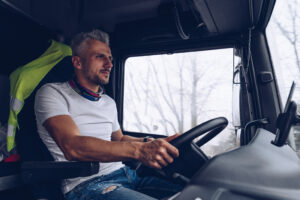 The shortages of workers that have ripped through the British labour market this summer, leaving businesses understaffed and consumers frustrated, could continue for the next two years, ministers have been warned.

Many experts had hoped that the ending of the furlough scheme later this month would bring thousands of workers back into the market. However, the director-general of the CBI, the bosses’ organisation, warned that its ending “is not the panacea some people think will magically fill labour supply gaps”.

Tony Danker agreed that the government’s desire to build a more skilled and sustainable domestic workforce was “right”, but argued that short-term fixes were needed to help out businesses.

“A refusal to deploy temporary and targeted interventions to enable economic recovery is self-defeating,” he said. “The government promised an immigration system that would focus on the skills we need rather than unrestrained access to overseas labour. Yet here we have obvious and short-term skilled need but a system that can’t seem to respond.”

The CBI pointed to hotels that were having to limit the number of rooms available because they could not find enough housekeeping staff, while some restaurants were having to choose between lunch and dinner service.

Lots of sectors have reported trouble finding skilled workers, the most notable being lorry drivers. Ikea, the home furniture giant, became the latest to fall victim to the shortages. It said it was finding it particularly difficult to supply enough mattresses for its stores. JD Wetherspoon, the pub chain, has run short of some beer brands; McDonald’s ran out of milkshakes and some bottled drinks; and Nando’s had to temporarily shut some of its restaurants because of a shortage of chicken.

The CBI pointed out that many overseas workers returned home during the pandemic and criticised new immigration rules which “make replacing those who left more complex”.

Some of its members, the CBI said, had indicated that they expected the labour shortage to last as long as “two years rather than a couple of months”.