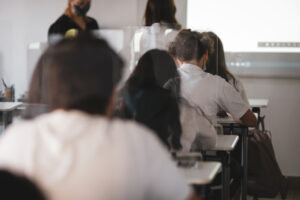 There are no plans for a “firebreak” lockdown in October, the government said today, describing such measures “a last resort”.

It had been reported that ministers were considering emergency lockdown plans over the half-term school holidays next month.

The prime minister’s official spokesman said it was “not true”, adding: “We have retained contingency plans as part of responsible planning for a range of scenarios, but these kind of measures would only be reintroduced as a last resort to prevent unsustainable pressure on our NHS.

“I think we’ve been clear throughout that we will take action, and indeed we have done when necessary to protect our NHS.

“But under the previous occasions when that action has been required, we have been without the significant defences that our vaccination programme provides us — we’re now in a much different phase.”

The i newspaper reported an anonymous member of the government’s Scientific Advisory Group for Emergencies (Sage) saying contingency plans had been drawn up in the face of recent rises in hospital admissions and cases.

They said the plan — similar to one it proposed last year — would ensure the NHS was not overwhelmed by an “extended peak” of cases in the coming weeks.

It could involve extending the half-term school holidays to a fortnight, rather than a week, they suggested.

“It would be sensible to have contingency plans, and if a lockdown is required, to time it so that it has minimal economic and societal impact,” they said.

“We are going to be at a peak, albeit an extended peak, quite soon, so it’s not really the same situation as last year, when failure to reduce prevalence would have resulted in collapse of the NHS and people dying in car parks.

“Hospitals might be overflowing before deaths reach the same level. Acting early will prevent this level.”

Earlier this morning, vaccines minister Nadhim Zahawi had told BBC Breakfast that he had not seen any such plan. “No, I haven’t seen any … I know where this question comes from. The i newspaper was reporting that they think there could be a possible lockdown,” he said.

“Vaccines have given us the ability to reduce infections, to save 100,000 lives.

“It is through the booster programme that I hope … we can transition the virus from pandemic to endemic status and deal with it year in, year out. It is going to be with us for many years — but [we will] not have to close down our economy or take the severe measures we had to sadly take in December of last year.”