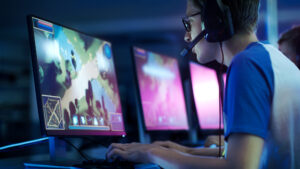 There’s no doubt about the fact that Trials, Destiny 2’s apex multiplayer experience, has had several big flaws.

Bungie will, however, improve the game mode on September 10 with a slew of new features.

The matchmaking is Bungie’s biggest and most significant update for the game mode. Before initiating the activity, players will not need to have a three-player squad ready in orbit. Moreover, players will be able to matchmake with other groups starting September 10th.

Bungie will implement a solos-only “freelancing” playlist in the coming times, similar to Iron Banner’s freelance mode that will only match solo players together. Players can then only matchmake with players that come on board with similar number of victories or have performed well in the Trials that weekend.

During the season, three new modes for Trials will be tested: freelance, a capture-the-point mode, and a variant that removes the game’s lengthy intro narrative.

Season of the Lost introduced a number of new features aimed at improving the fairness of PvP. While in the Crucible, emotes will not take players to third-person perspective, and swords will only allow third-person vision if Guardians have ammo. This should completely eradicate “three-peeking,” a technique that exploits third-person cameras to offer players a better view of their surroundings. Players who “win trade” or give their account to professionals will also be banned by Bungie.

Saint-14, the Trials vendor, is now experimenting with a reputation system, similar to what is used in other playlist activities. Individual rounds of Trials of Osiris will award Guardians rewards and reputation, not full matches. The reputation of Saints is reset at the end of each season or when players reach a particular level.

Moreover, guardians will no longer be able to fail their Trial cards; they will either be Flawless or flawed. So, just in case you are a rookie and playing Trials of Osiris, for instances, opting for Trials of Osiris Flawless boost services to get a better understanding of the entire phenomenon first up are highly recommended.

Every week, there are two challenges: win seven matches and 50 rounds. When players don’t reset their cards, they get additional rewards, but they can only get to the Lighthouse and select up Adept weaponry if they win seven games in a row without losing.

Players will receive a list of rewards for ranking up with Saint, including guaranteed Trials weaponry and the new Trials engram. Guardians, on the other side, can decode their Trials engram at Saint-14 for a random piece of Trials loot, regardless of whether they’ve previously unlocked it.

Players can also pay currency to have their Trials engram focused on a specific piece of loot, such as Adept loot if they went Flawless that weekend. All of these modifications should make Trials more accessible to those who are simply looking for cool weaponry.

Players can gain access to more loot with lesser pressure

This will manifest itself in a variety of ways. To begin with, you will be able to matchmake without a full fireteam, but you will be at the mercy of random teammates. In the future, there will be a solo Trials playlist, pitting you against other players who are queuing on their own. Bungie stated that “getting Flawless on your own will be difficult to impossible,” but with new matchmaking tweaks, it will be a lot easier.

Trials loot is being reallocated, as Bungie teased at the big Destiny 2: The Witch Queen presentation. You will not receive any Trials tokens in the future. Instead, you’ll gain Trials reputation by winning individual rounds and completing matches. Trials armour and weapons are obtained by engrams obtained through reputation rank-ups, just like any other core playlist, with tiers 10 and 16 guaranteeing unique weaponry. In addition, you’ll be able to focus a Trials engram like an Umbral engram to customise your loots.

All of this is supported by a major change to Trials Passages. Passages are now account-wide and will no longer track losses, allowing you to keep playing the same card until you reach seven victories. If you want to go Flawless, you’ll have to reset your card if you lose, but you won’t have to if you just want to keep grinding and getting bonuses from rounds.

The conventional three, five, and seven-win drops have been gone, but you still have a better chance of getting more Trials gear, including high-stat armour, if you win seven times. Bungie is hoping that this tweak would encourage people to stick with Trials for the long haul rather than abandoning them after a few victories.

So, even if you are a newbie or a professional, these updates are surely going to impact your experience with Trials this way or another.

Read more:
How an overhaul of Destiny 2 Trials will make it more accessible for users ?