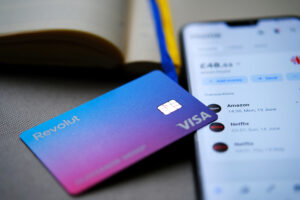 Nikolay Storonsky, Revolut chief executive, said his fintech business was working on features that would let its 16 million card customers spread the cost of retail purchases.

That would put Revolut, a London based fintech valued at $33 billion, in direct competition with Klarna, a Swedish group valued at $46 billion, which is thought to be the biggest provider of buy now, pay later in Europe.

Storonsky told the Evening Standard the feature would be “simply a button which you switch on and then your card becomes a buy now, pay later product.

A spokesman for Revolut said the products were in very early development and were likely to be trialled first in some European markets next year.

Buy now, pay later has exploded in popularity with retailers and their customers. Retailers hand over 2 to 6 per cent of the purchase value to the credit provider and customers usually pay no interest as long as they meet payment deadlines.

However, ministers believe the sector poses the risk of significant consumer harm and have announced plans to regulate it in the UK.

Citizens Advice last week published evidence that one in ten users failed to meet the scheduled payments and were chased by debt collectors.