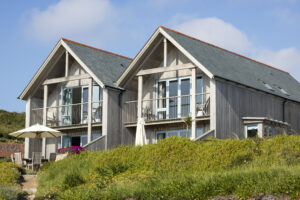 The boom in domestic holidays has fuelled a surge in demand for mortgages for UK holiday rental homes as landlords and investors cash in on people taking breaks in Britain.

The number of “holiday let” mortgage deals on the market has more than doubled in a year, according to the financial data provider Moneyfacts – reflecting what one mortgage broker said had been “really incredible interest” this year.

Its findings coincided with an analysis of government figures by the real estate adviser firm Altus Group that showed more than 11,000 second home owners in England had “flipped” their properties to become holiday lets since the start of the pandemic in order to capitalise on the booming market.

Holiday let mortgages are a type of buy-to-let home loan, and those taking them out include landlords who previously let their properties to traditional tenants, and investors buying a holiday home that they can rent out when they are not there.

With rents for UK holiday accommodation rising sharply over the past few months after the pandemic ruled out overseas travel for many, some landlords in popular seaside destinations such as Cornwall have been favouring holidaymakers over long-term tenants.

This has created what some have described as a coastal housing crisis and there is speculation that the government is planning a range of changes to clamp down on second homes, including giving councils the power to ban them.

Moneyfacts said there were 186 holiday let mortgage deals available this month, compared with 74 in August 2020. Meanwhile, many more lenders have entered the market, with 25 now vying for business, up from 14 in August last year. These mortgages are mainly offered by smaller and specialist lenders such as building societies.

Rachel Springall, a spokeswoman for Moneyfacts, said: “As the demand for staycations remains evident, it would not be too surprising to see more growth in this market in the months to come.”

Chris Sykes, a consultant at mortgage broker Private Finance, said there had been strong demand this year for holiday let mortgages. “Everyone’s gone to [places like] Cornwall or Norfolk or Scotland or Cumbria on holiday this year,” he said, and landlords were “wanting to capitalise on that”.

The trend has been fuelled by many buy-to-let landlords looking to diversify in response to regulatory and tax changes that have in some cases hit profits.