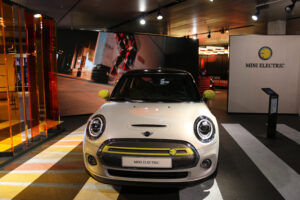 Mini sales have plunged by 25 per cent as the worldwide computer chip shortage continues to cause problems for carmakers’ supply chains.

Deliveries of the car, two thirds of which are built in BMW’s Cowley plant near Oxford, dropped to 67,000 between July and September, down from 89,000 in the same quarter last year.

BMW, the German owner of the brand, said: “The supply bottlenecks currently occurring on international semiconductor markets do not yet show any signs of easing. High demand in combination with limited capacities along the supply chain mean that semiconductor supplies are likely to remain tense.”

It said that the shortage had implications for the rest of the group, “as the risk of bottlenecks in the supply of semiconductor components could result in further production volume shortfalls”. It also cautioned that “further adjustments to the production schedule could arise during the remainder of the year”, again because of problems surrounding supplies.

Before the chip shortages, Mini had been enjoying a decent recovery from the pandemic and, even after poor third-quarter volumes, for the first nine months of the year Mini sales are up by 7 per cent at 224,000. That has been helped by 20,000 sales of the new £26,000 electric Mini.

However, BMW was able to offset the lower volumes with higher prices and better profit margins. It was helped by booming demand for its Rolls-Royce luxury cars, which are safely on the road to smashing all-time production records.

Sales of Rolls-Royce cars, which are assembled at its Goodwood plant in West Sussex and sell for prices starting at £250,000, were up 21 per cent at 1,300. This took the total for the year to date to 4,300, up 62 per cent on 2020 levels as the business welcomed the return of wealthy Chinese and Asian buyers and the take-up of the Cullinan, its first 4×4.

Despite the disruptions, the wider group, dominated by the BMW brand and its bestselling 3 series model, reported a good third quarter. Revenues and pre-tax profits rose by 4.5 per cent to €27 billion and by 38 per cent to €2.5 billion, respectively. Over mine months, revenues were nearly 20 per cent better at €82 billion and pre-tax profits were more than four times higher at €13 billion than in the previous year.

BMW, based in Munich, is one of Germany’s three big carmakers alongside the Volkswagen group, which also includes Audi, Porsche and the Crewe-based Bentley, and Daimler, the company behind Mercedes-Benz.

It took over Mini as part of its ill-fated 1994 acquisition of the Rover Group. It subsequently disposed of the rest of Rover before that company went bust and was resurrected under Chinese ownership as MG. BMW acquired the rights to the Rolls-Royce brand in 1998 from Vickers in a deal in which Bentley, Rolls-Royce’s sister marque, was sold to VW.