MVP leader Reyann Cañete fired a career-high 25 points while super rookie Katherine Santos scattered 18 hits as the Lady Stags battled back from two sets down and two match-points to scrape out their fourth win in five outings, which was good for No. 2 with the Arellano U Lady Chiefs. 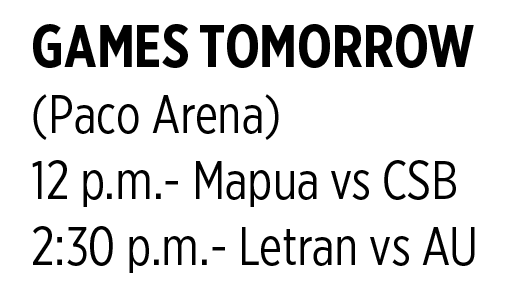 “I just told them the fifth set isn’t for the weak-hearted. I’m happy they responded,” said SSC coach Roger Gorayeb.

Mr. Gorayeb dug deep from his bag of tricks as he tapped Bianca Ordona off the bench and chipped in 10 points, the same outputs of Kristine Dionisio and KJ Tan.

SSC blew big leads in the first and second sets that allowed UPHSD to steal both frames and build a 2-0 lead.

The Lady Altas were also on the verge of snaring the win when it led, 14-13, and 15-14, in the decider but the Lady Stags resiliently rallied back to snatch the win.

From the Rhine to the Tigris, rivers are warnings

From the Rhine to the Tigris, rivers are warnings

COVID, the CDC, and the CHED’s continuing discrimination against the unvaccinated