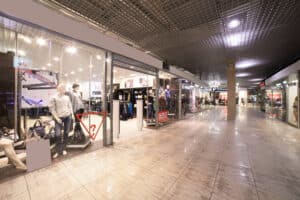 Household disposable income fell by a record £44 a week in June, marking its eighth consecutive month of decline as the cost of living crisis intensifies.

The average household was £175.80 worse off in June this year than they were in the same month in 2021, according to Asda’s monthly income tracker, produced by the Centre for Economics and Business Research.

Disposable income, which is defined for the purposes of the tracker as the income households have left to spend after taxes and essential bills, fell to its lowest level in five years, with the average household left with £200 to spend.

The poorest households are hit the hardest by the rise in the cost of living because they spend a greater proportion of their income on essentials such as household utilities and groceries. The surge in inflation over the past year has been partly driven by the high global price of energy and fuel, which has pushed up food prices partly through the higher cost of storing and shipping goods at every stage in the supply chain.

A fifth of households have a shortfall of £60 every week between their earnings and what they need for essential spending, including rent or mortgage payments, utility bills and transport costs, according to the analysis.

Wages rose by 6.2 per cent including bonuses in the three months to May, according to the latest Office for National Statistics figures. However, the vast majority of pay rises are failing to keep up with inflation, which reached a fresh 40-year high of 9.4 per cent in June.

Business BriefingIn-depth analysis and comment on the latest financial and economic news.One-click sign up.
The rate of price rises will continue to quicken until October, when it is expected to peak at about 12 per cent. Winter energy bills, which are expected to have more than doubled from the previous year, will drive the jump in inflation, forecasters have warned.

The drop in disposable income was recorded across all UK regions, with the biggest falls seen in Wales and the northeast of England and the smallest declines in London and the southeast.

Spending on nearly all non-essential categories fell in June with the biggest drops recorded in gardening, gambling and subscriptions to streaming services and magazines. There was a fall in spending on household bills and paying off essential debts compared with May. Fuel was the only category of essential spending to rise, mainly because of the rise in fuel prices.

Mark Nalder, head of payments at Nationwide, said: “Following a peak in spending during May, our data suggests households have started to cut back across the board and where they can. This is happening as we enter the summer period where customers will want to enjoy themselves, so it will be interesting to see how these often conflicting interests are balanced.”

He added: “As we head into the holiday season, we expect budgeting to continue being a feature as the nation prepares for even higher costs with inflation continuing to climb and the energy price cap rising again this autumn.”

Another interest rate rise is expected at the next meeting in August of the Bank of England’s monetary policy committee, which is responsible for bringing inflation down to its 2 per cent target, but experts are divided on whether rates will rise by the typical 25 basis points or by 50 basis points.

Economists at the Pantheon Macroeconomics consultancy have revised down expectations for economic growth in the third and fourth quarters of the year to 0.5 per cent and 0.2 per cent, from 0.6 per cent and 0.4 per cent, because they expect the energy price cap to rise by more than previous estimates in October and firms are already struggling to shift stock.

Why Online Courses Are the Future of Business Education

New VAT system will be fairer but more complex