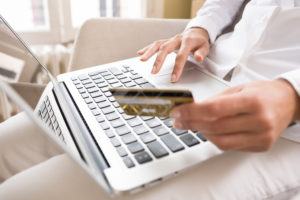 Borrowing on credit cards grew at an annual rate of 12.5% – the fastest pace since November 2005.

Figures from the Bank also showed that consumers cut how much money they set aside for savings last month.

Analysts warned that the increased borrowing and reduced saving suggests that households are struggling to cope with the soaring cost of living.

Prices in the UK are continuing to rise at their fastest rate for more than 40 years, driven by higher petrol and food costs.

UK inflation, the rate at which prices rise, is currently at 9.4%. However, wages are not keeping up, with regular pay growing at an annual pace of just 4.3% between March and May, according to the latest official figures.

The Bank of England’s latest figures showed that while borrowing rose, households deposited an extra £1.5bn with banks and building societies in June, well down on May’s total of £5.2bn.

Nicholas Farr, assistant economist at Capital Economics. said: “The rise in borrowing is probably a sign that households are being forced to turn to credit to support their spending, due to high inflation.

“The £1.5bn rise in cash sitting in households’ bank accounts was much smaller than the £5.2bn rise in May and the 2019 average monthly rise of £4.6bn, which suggests that households are also reducing their savings to cope with higher prices.”

These figures may just be the “just the tip of the iceberg”, according to Laura Suter, head of personal finance at AJ Bell.

“Once the energy price cap shifts up again in October and we all use more energy in winter, these [borrowing] figures will keep climbing,” she said.

“What’s more, while some people may still have savings to fall back on now, as they are exhausted more people will have to turn to debt.”

The Bank of England figures showed approvals for house purchases, an indicator of future borrowing, decreased to 63,700 in June, from 65,700 in May.