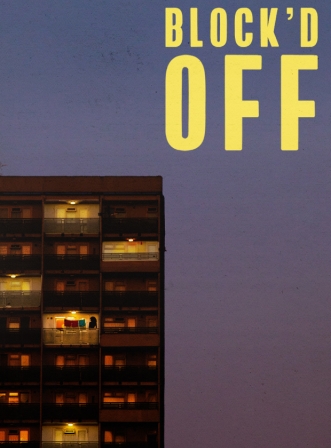 LONDON — Self-described working class playwright Kieton Saunders-Browne used to think the Edinburgh Fringe wasn’t for people like him —  until a fund set up to draw a more diverse cast of performers to the world’s largest arts festival stepped in to help.

The 24-year-old Londoner, of Irish and Caribbean heritage, is using a grant from the Generate Fund to stage his play Block’d Off, which runs at the city’s Pleasance Theatre from Aug. 3, and break the cycle of deprivation that is central to the work.

Even more than race, class is the issue that touches everyone and “transcends everything,” Mr. Saunders-Browne contends, and yet, working class stories tend to be untold.

“The reason they’re not there is because, almost in a scientific way, working class people have different struggles to deal with,” he said.

“You can’t do art, if you have no food, if you don’t know when you’re going to be physically safe.”

Unlike stereotypical Edinburgh Fringe artists, safe in the knowledge they can fall back on family money, Mr. Saunders-Browne said his mother’s household budget was £3,000 ($3,650) a year. That’s less than the £5,000 he got from the fund, which was set up by the Pleasance for Black, Asian and Global Majority Artists.

He was nevertheless determined to act and won a scholarship to the London Academy of Music and Dramatic Art (LAMDA).

His play’s characters, male and female — including drug dealers and a white, middle-class tutor who tries to help —  are all played by one woman, Camila Segal. She says the play fits into a theatrical trend of “moving towards authenticity.”

Ms. Segal left Brazil at the age of 10 after an aunt provided money for her mother to take her to England in pursuit of a better life.

“I feel like I am this play,” she said. “This is extremely personal for me.”

Celebrating its 75th anniversary, the Edinburgh International Festival, and the Fringe that formed around it, was founded in the aftermath of World War Two with the goal of using culture to heal divisions.

Anthony Alderson, artistic director at the Pleasance, says attracting the greatest range of people is crucial to narrowing gaps in society that have widened during the COVID-19 pandemic and as inflation has surged.

The Pleasance is not the only venue with schemes to support diversity. The nearby Assembly says its performances are selected “regardless of age, class, gender, or race.”

Their success will become clear by the end of Edinburgh’s first fully live festival since the pandemic.

Ticket sales have yet to match the records of 2019.

“The risks involved in mounting this festival are immense for everyone involved,” Mr. Alderson said. “Break-even is incredibly difficult to achieve.” — Reuters