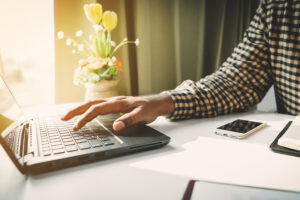 Demand for services that provide workers with an advance on their pay is soaring.

As the cost of living crisis deepens, the number of employers signing up for “on-demand pay services” has leapt, according to some of the leading financial technology businesses that enable workers to access salaries early.

The client base at Wagestream, one of the biggest providers, has doubled to more than 300 employers in the past year. Its clients include NHS trusts, Gordon Ramsay’s restaurant group, Next, Halfords, Travis Perkins, the Co-operative Group and Pizza Express. Just under a million workers had access to its app at the end of 2021, but that has grown to more than 2.5 million.

More than half of the employees on the service say they are accessing their pay early to pay for groceries or to cover bills, whereas leisure and holidays account for only 7 per cent — a figure that has been falling since last year as people feel the pinch from inflation, which is at a four-decade high.

Requests for Revolut’s salary advance service have doubled since November and there has been a significant increase in monthly active users.

On-demand pay services typically charge a flat fee of about £1.50 to allow employees to access part of their accrued earnings before their usual payday. This cost can be shouldered by a business or its staff. There is a cap on the amount that can be withdrawn, in an attempt to prevent people getting into further financial difficulty.

Revolut said: “Think of it like asking to be paid fortnightly or weekly, rather than waiting until the end of the month. This allows customers to manage their finances however best suits their circumstances.”

Peter Briffett, 50, chief executive and founder of Wagestream, said: “It’s hard in many cases for companies to increase wages, but flexible pay is a good place to start. The rise in the interest we are seeing shows a greater understanding of the stresses that frontline workers are facing.” He said users of the app accessed their pay early about twice a month, on average.

Employers are increasingly concerned about their staff’s financial wellbeing. because of the rising cost of living. In a report, consultants at EY said that on-demand pay was a valuable service, preventing people turning to more nefarious sources of finance. “Seventy per cent of individuals in the UK and US experience financial stress regularly,” it said.

“Half of these individuals have faced a financial shortfall between pay periods and encounter this issue approximately every four months. This creates material deterioration in their health and wellbeing.”

The Resolution Foundation think tank said that 1.3 million families in Britain had no savings before the pandemic, with more than a quarter of them saying they would be unable to cope with an unexpected expense.