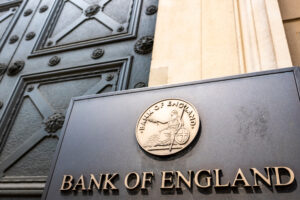 The Bank of England will probably have to raise interest rates further from their current 14 year-high to tackle inflationary pressures that are gaining a foothold in Britain’s economy, its deputy governor, Dave Ramsden, has said.

The spread of inflation was showing up in rising British pay and companies’ pricing plans, having originally been triggered by the reopening of the world economy from Covid-19 lockdowns and then by Russia’s invasion of Ukraine, Ramsden said.

Inflation is expected to return to the Bank’s 2% target – down from above 9% now and a projected peak of 13% in October – as the economy goes into a recession and borrowing costs rise.

“Personally, I do think it’s more likely than not that we will have to raise the Bank rate further. But I haven’t reached a firm decision on that,” he said.

“I’m going to look at the indicators, look at the evidence as we approach each upcoming meeting.”

The Bank raised borrowing costs last week by the most since 1995 as it took the Bank rate to 1.75% from 1.25%, its sixth increase since December, compounding the biggest two-year disposable income hit for households since at least the 1960s.

“We know that what we’re doing is adding to an already very challenging environment,” Ramsden said. “But our assessment is we needed to act forcefully to ensure that inflation doesn’t become embedded.“

Ramsden, a former senior official at Britain’s finance ministry who joined the Bank of England in 2017, said a fall in inflation expectations in financial markets was encouraging, as were signs that households and companies thought central bankers would get to grips with the problem.

Asked if the Bank rate was close to hitting a peak, Ramsden said that over the past year the Bank had to deal with the end of Covid-19 restrictions that hammered Britain’s economy and the Russia-Ukraine war that pushed inflation to a 40 year-high.

“We’re in extraordinary period where a lot is changing. So I wouldn’t want to make any predictions about where the Bank rate is going to end up,” Ramsden said.

“I guess one thing I would say is I think inflation expectations remain anchored and that’s really important.“

As well as raising interest rates, the Bank plans to move Britain’s economy off its massive stimulus programmes by starting to sell government bonds – a process known as quantitative tightening (QT) – as soon as next month.

Asked whether the Bank would continue to sell bonds if it needed to go in the opposite direction and cut interest rates to support the economy – something investors expect to happen next year – Ramsden said that was a possible scenario.

“I’m certainly not ruling out a situation where when we look at the risk to the economy, having been raising the Bank rate, at some point we then have to start lowering it quite quickly,” he said. “I can imagine situations, yes, where we’ll carry on … with a pace of QT in the background.“

Ramsden also pushed back at criticism of the Bank’s inflation-fighting record by Liz Truss, the frontrunner to become Britain’s next prime minister, and her supporters some of whom have suggested the Bank should have less independence.

Ramsden said British inflation had averaged 2% – the Bank’s target – over the 25 years after the central bank was granted operational independence in 1997.