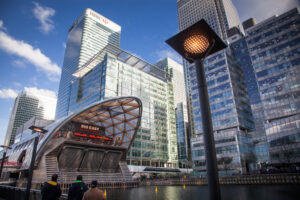 Half of the UK’s technology companies are lacking in the support necessary to scale the business, according to a new report today.

The UK has a thriving technology space, securing 54 IPOs which have collectively raised £3.2bn – with 37 of these taking place last year, the report by Tech Nation, a body for UK tech entrepreneurs, found.

The figure includes fan favourites such as Deliveroo, The Hut Group and Funding Circle, which cumulatively raised £1.91bn.

However, 50 per cent of tech companies – particularly those focussed on developing emerging technologies, such as cyber – are not scaling, the report found.

“We know that the UK is globally renowned for its success in fintech, which dominates for IPOs, and although this is truly exciting news, we must not ignore the fact that an even larger percentage of tech companies are not seeing the same success,” Dr George Windsor, research and data director at Tech Nation, said.

Windsor urged that the newest wave of UK tech firms must be ‘nurtured’.

The UK’s tech leaders have long called for greater support and funding in the tech space, as the country’s research and development (R&D) falls behind what is needed to be a global leader.

“Our product is innovation and if you don’t support that product and get that product out into the world, then the country just becomes a service industry,” CEO of British semiconductor firm Paragraf, Simon Thomas, said. last week, warning that the economy would “eventually end up in situation where most of the jobs are low skilled, low pay” unless the government increased support.

While proper support appears lacking, the Tech Nation data found that a record number of UK tech companies that have been able to scale are exiting, with 23% of tech firms making it to Series C or a high-quality liquidity event in 2021.