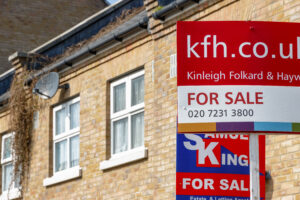 Renters should be able to use their history of payments as proof that they can afford a mortgage, a think tank has argued.

The recommendation is one of several made by Policy Exchange that it says should be adopted by the government if it is serious about helping people to get on the housing ladder.

In a 35-page paper, Gerard Lyons, senior fellow at the think tank, says more needs to be done “to turn Generation Rent into Generation Buy”.

Finding money for the deposit remains the biggest hurdle for first-time buyers, with the average needed equivalent to 110 per cent of a typical full-time worker’s annual income, according to Nationwide.

Lyons says that saving a deposit is especially difficult for those paying out a decent portion of their salary in rent each month. He believes it should be compulsory for people with a long history of paying rent on time — “say three years” — to be able to use that to improve their credit score.

In addition, those who have shown that they can keep up with monthly rent repayments also should be allowed to take out 100 per cent loan-to-value mortgages. In deprived areas, renters wanting to buy should be able to access 110 per cent mortgages, “where the extra 10 per cent can help renovate the property”.

The highest loan-to-value that banks typically offer is 95 per cent. The 5 per cent deposit gives lenders a buffer should the borrower default and property prices fall, as they did in the 1990s.

However, Lyons does not believe there is much risk in lending the total value of a house. “Default rates in the UK have been very low, so lenders have rarely actually encountered the credit risk problem. Credit risk may thus be as much of a perceived risk as an actual risk,” the economist writes in the paper.

Although high street lenders prefer “low-risk and short-term lending”, there are other sources of funding that might provide high loan-to-value mortgages.

“Pension funds would like low-risk and long-term [investments] and investment banks like higher-risk but short-term,” Lyons said.

“If funding is blended from each of these parties, then mortgages can be matched to the borrowers’ needs. There are enough lenders who will lend to UK buyers.”

In June, the Boris Johnson, the outgoing prime minister, announced that his government would undertake a review of the mortgage market, which presented a “timely opportunity to help first-time buyers take the first step on the property ladder”.