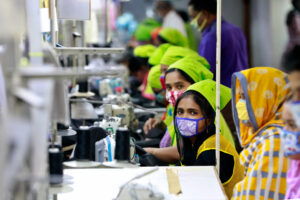 The UK has launched its post-Brexit scheme to support trade with developing countries, extending tariff cuts to hundreds of products.

The Developing Countries Trading Scheme (DCTS) was announced today by International Trade Secretary Anne-Marie Trevelyan, in a bid to go further than the  EU’s Generalised Scheme of Preferences.

The initiative covers 65 countries Africa, Asia, Oceania and the Americas, including some of the poorest in the world.

Products ranging from clothes and shoes to oil and tomatoes will now benefit from lower or even zero tariffs coming into the UK.

It has been estimated the scheme will allow UK firms to benefit from more than £750m a year of reduced import costs, allowing an easing on the burden for consumers amid the cost of living.

“As an independent trading nation, we are taking back control of our trade policy and making decisions that back UK businesses, help with the cost of living, and support the economies of developing countries around the world”, said Secretary of State for International Trade Anne-Marie Trevelyan.

The initiative is also set to remove seasonal tariffs on goods such as cucumbers, which can’t be grown in the UK during the winter, and simplifies trade laws such ‘rules of origin.’

The head of Bangladesh-based family-owned textile business DBL Group said the “new rules will be a game changer for us.”

Mohammed Jabbar, managing director, added “they mean we will be able to source our cotton from many more countries than we could before, which will make the business more competitive and our supply chains a lot more resilient.”

In wake of Brexit, the UK has pursued a free trade approach around the world through an initiative called ‘platinum partnerships’.

The approach looks to grow trade between Britain and low/middle income countries to reduce dependency on aid and strengthen investments in both directions.