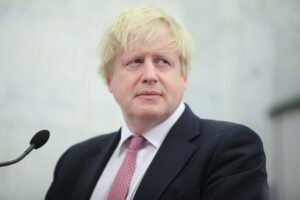 The UK and Ukraine have agreed to launch talks on a new digital trade agreement as Kyiv prepares to celebrate independence day.

UK trade secretary Anne-Marie Trevelyan met with Ukraine’s economy minister Yuliia Svyrydenko yesterday to confirm the talks, which are centred around supporting “Ukrainian businesses by cutting red tape and helping them to trade with the UK more efficiently through technology”.

The Department for International Trade (DIT) said it would be easier for British businesses to export digital services to Ukraine, after a deal was struck.

The announcement comes after the UK removed all tariffs on Ukrainian exports earlier this year in the wake of Russia’s invasion.

Ukraine’s ambassador to the UK Vadym Prystaiko said: “While we fight fearlessly for the freedom of our nation, many Ukrainians also look ahead to how we will rebuild our country.

“Strengthening our economic ties through this landmark digital trade agreement will support our IT industry, which is set to become a major driver of economic growth for our businesses and cities.”

It comes as Ukraine today celebrates the 31st anniversary of its independence from the Soviet Union.

Boris Johnson lamented that Ukraine’s “independence is threatened once again”, but added that “I have never doubted for a moment that Ukraine is going to win this struggle”.

“Because, no force on earth can overcome the patriotism of 44 million Ukrainians,” he said.

“And however long it takes, the United Kingdom will stand with Ukraine and provide every possible military, economic and humanitarian support.”