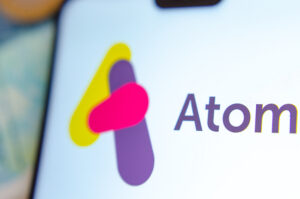 The concept of a five day working week is “in many cases no longer fit for purpose for 21st century businesses”, the chief of digital lender Atom Bank said today as he hailed the success of a four day week at the firm.

Mark Mullen, who founded Durham-based Atom in 2014, rolled out a four day week for employees on a trial basis in November last year and that said today the move had boosted the financial performance of the bank and not deterred investors or customers.

“We introduced the four day week as a trial back in November and were clear that we would end the trial if there was a detrimental impact on customers, our people or on fulfilling our regulatory requirements,” he said. “For that reason, investors were happy with our outlook and approach to implementing the new working structure.”

Atom said in July it had notched underlying pre-tax losses for the year to March of £2m – a £34m improvement over the previous year – as income jumped by over 200 per cent and its loan book swelled to £3.3bn, up from £2.7bn in the previous year.

Mullen said that the results showed that “the 20th century concept of a five day week is, in many cases, no longer fit for purpose for 21st century businesses.”

“At Atom, we feel the time is right for the next evolution in the world of work,” he said.

“We want and expect to see more companies introducing increasingly flexible working practices in the future, and encourage the government to focus on how such practices can be incentivised and implemented more widely.”

Atom said there was a 49 per cent jump in applications for roles in January after the four day week was rolled out full time, while headcount has grown from 461 in November 2021 to 480 in June 2022.

In a gauge of ‘customer goodwill using metrics including app Store ratings, its Trustpilot score and customer complaints, Atom said that the four day work had delivered a boost from 83.1 per cent in November 2021 to 85.8 per cent in June this year.