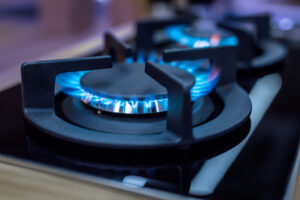 Households in Great Britain face a leap in energy bills from October after the regulator raised the maximum that suppliers can charge to £3,549 a year.

In a blow for hard-pressed consumers already struggling with soaring inflation, Ofgem approved the £1,578 increase on the current price cap of £1,971 for the average dual-fuel tariff – a rise of 80%.

The announcement comes as households attempt to budget for a tough winter. Soaring energy bills have fuelled rampant inflation, which breached 10% last month and is forecast by some economists to climb to 18% from January.

Ofgem said it will not give projections for the next price cap change in January because the market remains “too volatile” but warned that prices “could get significantly worse through 2023”. The new cap will affect 24 million households – about 85% of the population.

That 24 million number includes about 4.5 million prepayment meter customers, who will pay on average an additional £59 a year.

Ofgem’s announcement will pile further pressure on the government to urgently introduce further measures to help households this winter. The victor in the Tory leadership contest between Liz Truss and Rishi Sunak is expected to announce a plan shortly after the race’s conclusion on 5 September.

Jonathan Brearley, the chief executive of Ofgem, said: “We know the massive impact this price cap increase will have on households across Britain and the difficult decisions consumers will now have to make. I talk to customers regularly and I know that today’s news will be very worrying for many.”

Brearley said Russia’s invasion of Ukraine and reduction of gas supplies to Europe had driven the rise in wholesale gas prices. He said that had left Ofgem “no choice” but to reflect cost increases in the price cap.

He added: “The government support package is delivering help right now but it’s clear the new Prime Minister will need to act further to tackle the impact of the price rises that are coming in October and next year.

“We are working with ministers, consumer groups and industry on a set of options for the incoming prime minister that will require urgent action. The response will need to match the scale of the crisis we have before us. With the right support in place and with regulator, government, industry and consumers working together, we can find a way through this.”

The new price cap level will take effect from 1 October 2022 but it Ofgem said it is possible some suppliers may begin increasing direct debits before this date to spread the cost.

The price cap was introduced in 2019 in an effort to protect customers from being ripped off. However, rising wholesale gas costs caused a string of energy suppliers to go bust as they were squeezed by the cap, unable to pass on those costs to customers.

With Ofgem reacting to soaring wholesale gas prices on the back of Russia’s invasion of Ukraine, the impact has been to more than double costs for consumers, with the cap having risen from £1,277 in October 2021.

Earlier this month, the energy regulator confirmed the cap would be reviewed quarterly rather than every six months. Ofgem said the change would allow it to “adjust much more quickly” to volatility in the market.

The next cap will be introduced in January, when it is feared that bills could reach as high as £5,000. Some industry watchers have questioned whether the cap is viable in the long term.

The chancellor, Nadhim Zahawi, said: “I know the energy price cap announcement this morning will cause stress and anxiety for many people but help is coming with £400 off energy bills for all, the second instalment of a £650 payment for vulnerable households, and £300 for all pensioners.

“While Putin is driving up energy prices in revenge for our support of Ukraine’s brave struggle for freedom, I am working flat out to develop options for further support. This will mean the incoming prime minister can hit the ground running and deliver support to those who need it most, as soon as possible.”