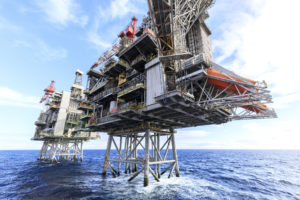 Energy giant Shell does not expect to pay any further taxes under the Energy Profits Levy this quarter, as it has invested sufficient funds in North Sea oil and gas projects such as the Jackdaw, Pierce and Penguin fields.

Gorman said: “We simply are investing more heavily than we have, and therefore we don’t have profits which we can be taxed against.”

The windfall tax – which was unveiled in May – meant Shell wrote down around $360m, in the third quarter to reflect future tax payments.

However, it expects to start paying windfall taxes in the first quarter of next year.

He recognised that “many, many people in society were suffering very badly” a result of high energy prices and that governments would feel obliged to step in.

He said: “We should be prepared to accept our industry will be looked at for raising taxes, to transfer funds to of those who need it most in difficult times.”

Windfall tax is not a ‘surprise’ says Shell boss

The European Union has recently unveiled its own measures to raise revenues from the profits of energy producers – reflecting the desire of countries to constrain profits fuelled by supply shortages and help fund support for vulnerable households.

The energy boss felt that producers should not be “surprised” to see windfall taxes rolled out across the world, and that operators should engage with governments to help design the best policies.

He said: “We should be helping Governments design the right policies, and there are many different ways to design windfall taxes, special levies and contributions. We should be at the table to make sure these interventions are appropriate.”

This follows previous comments this month, where he expressed an open0mind to higher taxes.

This comes as the energy giant unveiled another mammoth trading update – reporting hefty profits in its third quarter of £8.1bn ($9.45bn),

The headline numbers were below its record previous quarter earnings this year of £9.9bn ($11.5bn), but is still the second best result in the company’s history.

Read more:
Shell will not pay any windfall tax despite booming profits