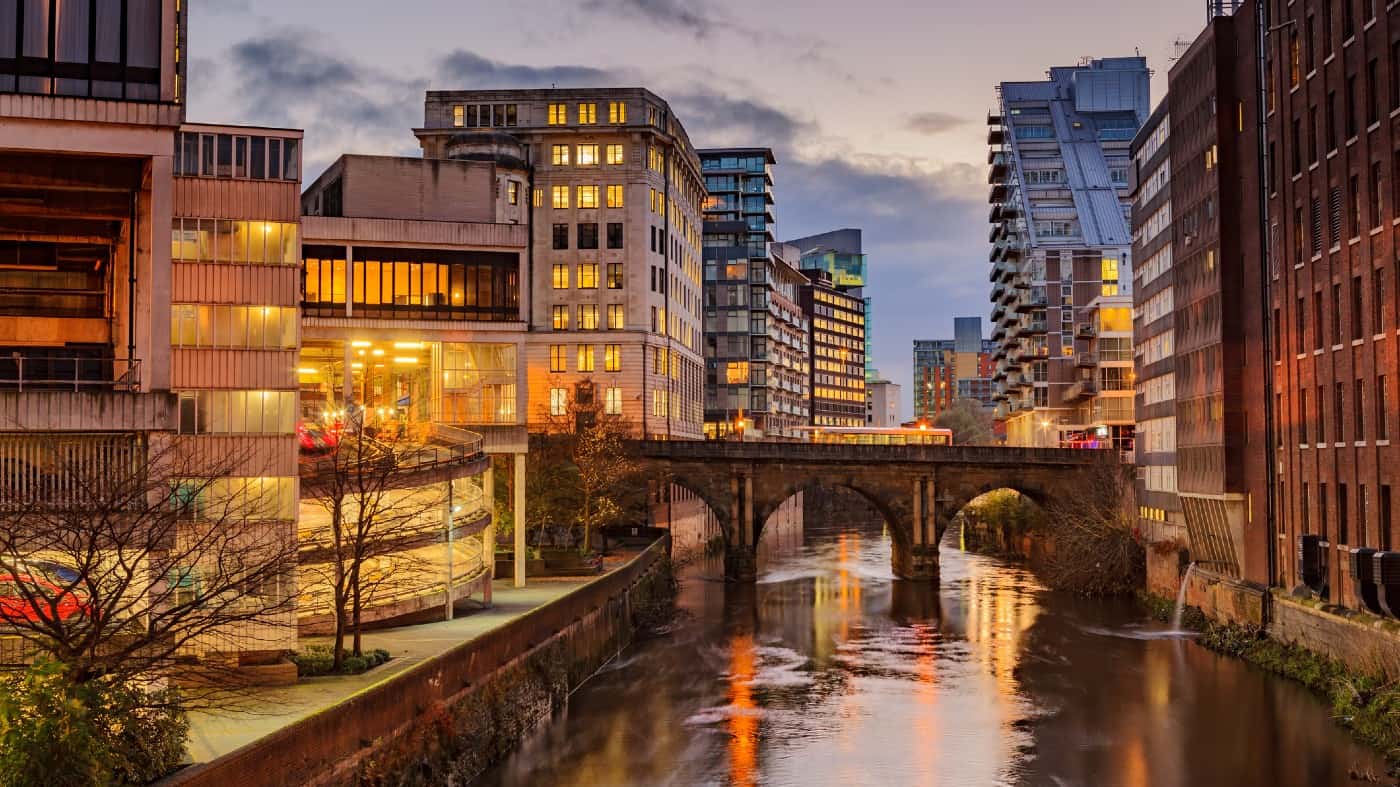 Most investing textbooks will tell you commercial property – or real estate, as US authors prefer – is a useful diversifier to a portfolio.

A halfway house, so to speak, between equities and bonds.

Property benefits from economic growth, as equities do. And because you’re buying real assets – bricks-and-mortar – you also get some inflation protection.

That’s in contrast to cash or bonds, where inflation can only erode wealth in real terms over time.

What’s more, rents are often pretty sticky – more so than the earnings of many companies. Indeed, for years UK landlords had their tenants agree to upwards-only rent reviews.

And with those rents, property owners get bond-like income.

Property can therefore seem like a kind of Goldilocks investment. Some growth and some income, not too much downside. The best of both the equity and bond worlds.

View from the top

It’s an appealing pitch. But like the over-ebullient sales patter of an estate agent, reality has often fallen far short of the hype – at least for most of the time I’ve invested in the UK market.

That period began with a commercial property rally in the early 2000s.

But the Dotcom bubble burst. And once investors shook off their gloom, they found commercial property was attractively priced in what became an era of cheap money.

Prices began to rise, peaking in 2007 when British regulators followed their US counterparts and enabled the big UK property bellwethers to convert into REITs – real estate investment trusts – which granted certain tax advantages.

By that point UK-listed property companies such as British Land and Landsec (then Land Securities) had seen their share prices more than double in just a few short years.

Another decade, another disaster

Of course, such exuberance wasn’t really in the ‘slow and steady’ commercial property sales brochures.

Because sure enough, the newly minted REITs subsequently cratered after the mis-selling of sub-prime mortgages in the US, triggering a global financial meltdown between 2007 to 2009.

Cheap debt now looked more like a liability as asset prices crumbled. British Land lost more than three-quarters of its market cap in the rout.

Then after that bear market bottomed in 2009, there followed another (more modest) advance.

With low interest rates – this time allied to quantitative easing – Central Banks once more stimulated economies back into life. Anyone in London in the 2010s saw mothballed sites sprout a profusion of new skyscrapers with colourful names – whether official labels such as the Shard, or nicknames like the Cheesegrater and the Walkie-Talkie.

The public engagement with the changing London skyline was telling. Commercial property was on a roll again. For a brief moment it even got a sexy tech poster-child in the shape of WeWork, the multi-billion dollar flexible office startup.

But yet again the good times didn’t last. US investors baulked at WeWork’s valuation when it tried to float in 2019. But far more important for the whole sector was a setback of Biblical proportions the next year.

I mean, of course, the Covid pandemic, which began in early 2020.

During the pandemic there was a huge scramble for logistics and distribution hubs due to the boom in online retail – but even this has ended in a bust.

In early 2022 the almighty Amazon said it expanded too far, too fast during Covid. The admission chilled the ‘sheds’ sector, which provides warehousing to online retailers.

Shares in Covid darling Tritax Big Box have slumped 44% in 2022.

A property fan might counter that I’ve not mentioned dividends much in my discussion above. Fair comment, considering that income is an important part of returns from commercial property.

Indeed, two years on and the commercial property sector is still only inching back towards health.

With hybrid working embedded as the new normal, London for example has 31 million square feet of empty office space available. That’s more than 50% of what was available at the end of 2019.

And while the latest and greatest new developments can command high prices – perhaps in part because occupiers hope a shiny workplace might encourage their staff to show up more frequently – older buildings are out in the cold.

It’s a similar story with retail spaces and hospitality venues. A lot of damage was done during the pandemic. The recovery has been patchy, to put it charitably.

This gloom is evident in the discount Mr. Market has placed on the shares of British Land and Landsec. Both REITs currently trade for less than half the stated value of their assets.

It could be an opportunity. But it could also be investors divining more asset markdowns ahead.

So, I’ve given up on the textbook notion that property shares are an especially well-appointed investment, somehow shorn of the drama of equities but with returns better than boring bonds.

Because in practice the asset class seems to deliver the worst of both worlds, too. The ups and downs of cyclical shares – but with the limited potential of fixed income.

It’s like you go house-hunting for a suburban idyll between the city and the country but you end up buying in a boom-and-bust frontier town.

Perhaps it’s different if you’re rich enough to own your own petrol stations, local stores, and offices.

True, you’d have to deal with tenants and paintwork. But at least you’re free of the market’s whims.

I’ll continue to look for opportunistic buys in the sector – and now may well be such a time. But only for the short term. Property has let me down too often to be a forever home for my money.

John Mackey, CEO of Whole Foods Market, an Amazon subsidiary, is a member of The Motley Fool’s board of directors. The Motley Fool UK has recommended Amazon, British Land Co, Landsec, and Tritax Big Box REIT. Views expressed on the companies mentioned in this article are those of the writer and therefore may differ from the official recommendations we make in our subscription services such as Share Advisor, Hidden Winners and Pro. Here at The Motley Fool we believe that considering a diverse range of insights makes us better investors.