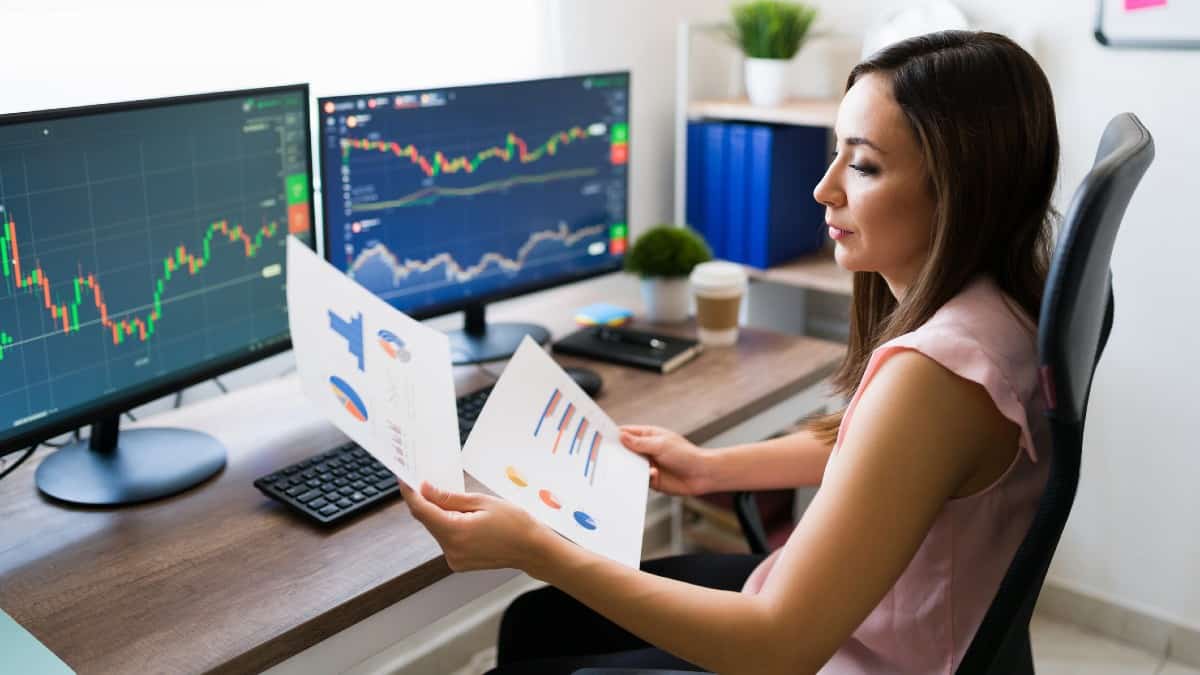 In Tesla’s (NASDAQ: TSLA) Q3 earnings call last month, Elon Musk said that he believes his company has the potential to be bigger than Apple and oil giant Saudi Aramco combined.

This got my attention. Currently, Tesla has a market capitalisation of about $716bn. However, Apple and Saudi Aramco have a combined market-cap of around $4.6trn. If Elon Musk is right, Tesla stock could be a huge winner from here.

Should I buy the growth stock on the back of this bold call from the ambitious CEO? Let’s discuss.

I’ve said before that what really excites me about Tesla is its autonomous driving technology. I see a lot of potential here. If the company can crack full ‘Level 5’ self-driving technology, it could launch a ‘robotaxi’ service and ultimately change the way we get around forever.

It’s worth noting that this robotaxi concept is a major part of Cathie Wood’s investment thesis for Tesla. In a research report published last year, the high-profile fund manager put a 2026 share price target of $1,533 ($4,600 before the recent stock split) on the stock on the back of the robotaxi potential. At the time, her view was that there was a 50% chance that Tesla will achieve fully autonomous driving within five years.

Given the growth potential here, I wouldn’t rule out the possibility of Tesla becoming bigger than Apple and Saudi Aramco combined at some stage. I think it’s certainly possible.

Downside risk in the short term?

Having said that, I think there’s a chance Tesla stock could keep falling before it climbs meaningfully higher. In the short term, the company is facing a number of challenges.

For example, right now Tesla is facing major supply chain and logistical issues. This is illustrated by the fact that last quarter it produced 365,923 electric vehicles, but only managed to deliver 343,830 of them. This delivery figure was below analysts’ estimates.

It’s also facing intense competition. This is forcing the company to slash its car prices. In China, it recently cut its starting price for Model 3 and Model Y by up to 9%.

Meanwhile, deteriorating economic conditions could also be an issue for Tesla. In a recession, people tend to hold off on making large purchases.

As for the valuation, it remains quite high. Currently, the forward-looking P/E ratio here is around 56. At that valuation, I think there’s downside risk in the short term. And I’m not the only one who is concerned about the valuation.

Given the near-term risks to the share price, I won’t be buying Tesla stock just yet. I may invest in the company in the future. However, right now, I think there are safer growth stocks to buy for my portfolio.

The post Elon Musk says Tesla can be bigger than Apple and Saudi Aramco combined. Should I invest? appeared first on The Motley Fool UK.

Edward Sheldon has positions in Apple. The Motley Fool UK has recommended Apple and Tesla. Views expressed on the companies mentioned in this article are those of the writer and therefore may differ from the official recommendations we make in our subscription services such as Share Advisor, Hidden Winners and Pro. Here at The Motley Fool we believe that considering a diverse range of insights makes us better investors.